The old VFW Hall is an extensive renovation of a 3,860 sq. ft. former VFW Post. The original concrete block structure was built in 1955 and had three previous additions. The original block shell was retained while the wood additions were removed, and a secondary block facade was constructed to match the main 1955 facade. New concrete walls form an outdoor courtyard. The interior space includes new bathrooms, a catering kitchen, office space, a large hall with a stage, and a smaller hall with a kitchenette. The Old VFW is used for public forums, a community center, and has been the winter home for the Cold Spring Film Society and the pre-season rehearsal space for the Hudson Valley Shakespeare Festival. 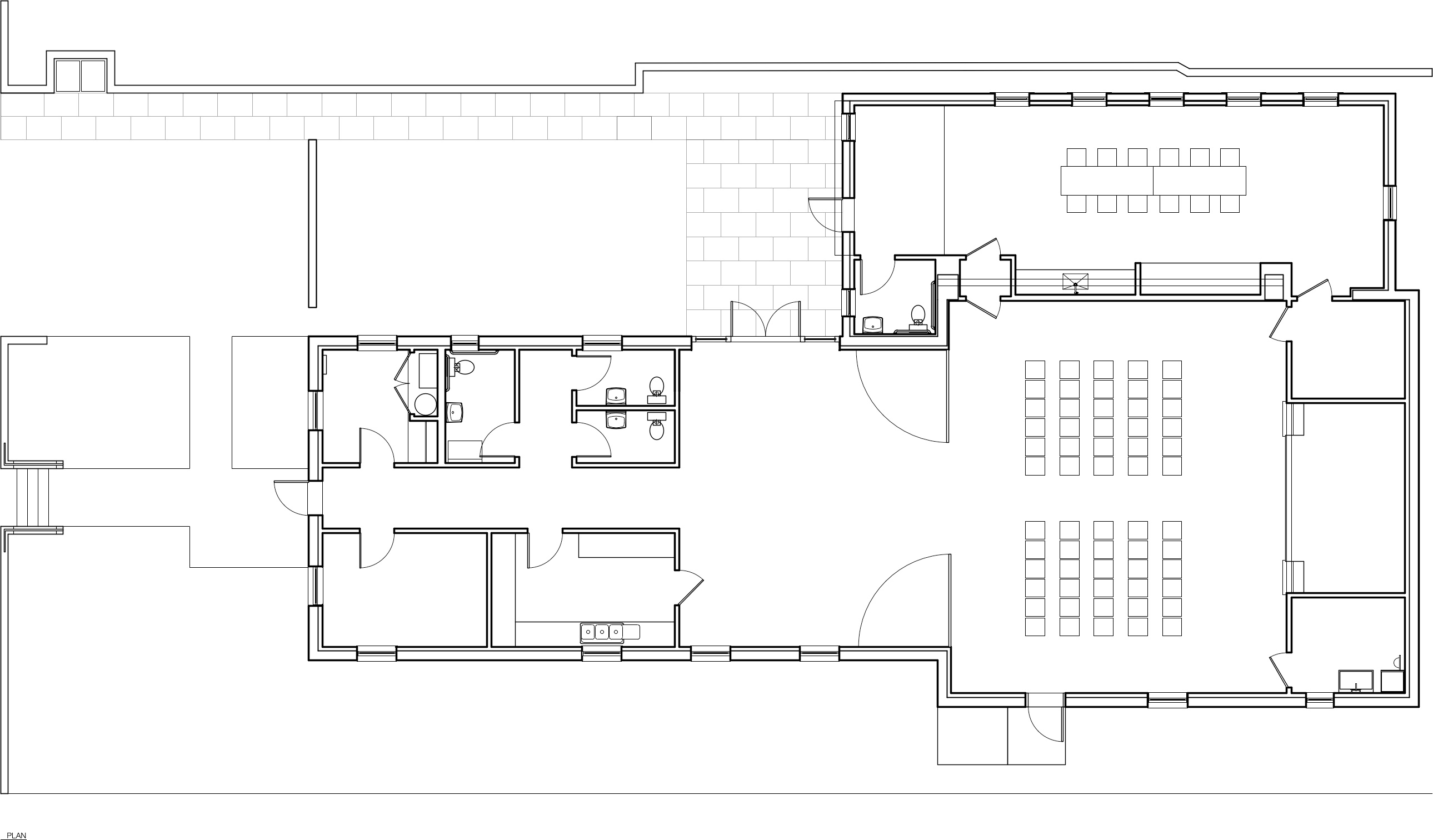